The story of a strange red-haired people was told by Pauite scholar, Sarah Winnemucca in her book, Life Among the Piutes.  She wrote that her tribe, tried to interbreed with a red-haired tribe that lived near the Humboldt River in Nevada.  They could not get along and she claimed that this tribe of about 2600 people, was exterminated by her people after a fierce 3-year war. She wrote her book and published it, in 1883.  Sarah died in 1891.

These mummies remain hidden and no one has ever done a proper DNA test of these mummies.  After several years of research which included a visit to the cave, author Rita Jean Moran tracked down these mummies and found a set of 54 to be at the Phoebe Hearst Museum and 1 set at the Nevada State Museum in Carson City, Nevada.  The Heye Foundation collection of mummies and artifacts was transferred to the Washington DC Smithsonian Museum.  Rita Jean Moran contacted all museums involved and requested permission to examine and DNA test these red-haired mummies. She found out that the set of mummies at the Smithsonian are now missing and the museum has claimed (in email) that their share of the mummies were repatriated.  To whom they went to is unknown.  Of the remaining 55 mummies, Rita Jean Moran was told that the DNA testing had to be approved by the Bureau of Land Management (in Nevada).

Not giving up, Rita engaged in legal action in October 2016 to compel the BLM to allow DNA testing to be done and was unsuccessful.  After losing in court recently, she spoke with the office of Senator Tammy Duckworth regarding current NAGPRA laws and the Lovelock Cave situation in April of 2017.  So far, there has been no action from Senator Tammy Duckworth in regards to the situation.  A request with documents was sent to President Trump regarding the situation and several phone calls to White House were made, but to no avail.  Congressman Peter Roskam never replied and neither did Senator Dick Durbin.

At this point, the Lovelock Cave issue must become political.  Please write to your congressional representative and let them know you want these mummies DNA tested so that we may give the mysterious Lovelock Cave people an identity.

The sun spiral petroglyph found all over Nevada is shown on the oldest petrogylphs in America known as Winnemucca Petroglyphs said to be 14,800 years old and are the same petroglyphs on a kerbstone found at Dowth in Ireland.  It's time to know the truth. 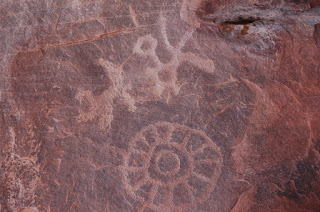 Sun Spiral from Valley of Fire in Nevada 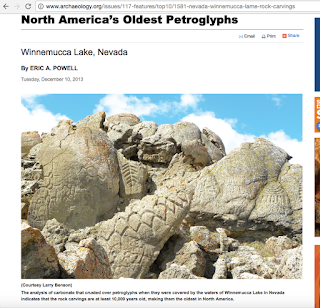 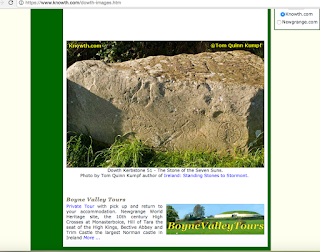 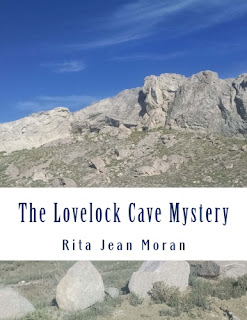 If you have a PhD in anthropology and feel you can help me get these mummies tested, please contact me at ritajean@hiddenhumanstory.com. 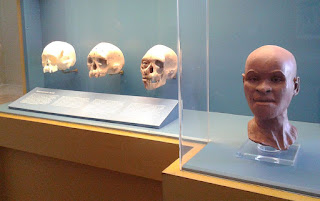 RitaJeanMoran
I have always enjoyed studying ancient cultures, legends, folklore and mythology and have observed that most ancient stories are very similar across all cultures including stories of floods and giants and little people. I visit many of the places I write about. The cover art of many of my books includes my own photography with some imagery illustrated into the photograph.